Right now, people all over the island of Taiwan are gearing up for a long weekend because of the Mid-Autumn Festival, which is also known as the Moon Cake Festival. It is an extremely important holiday in Taiwan and in other parts of Asia. It began around 3,000 years ago in Mainland China and it takes place during the autumn season of the Chinese lunar calendar. Depending on the lunar calendar, the date changes to different days every year.

In 2016, the Mid-Autumn Festival will take place on September 15th.

During these days, the moon becomes big and bright and it shines on us with its utmost brilliance. Traditionally, this is a time for moon watching, worshiping ancestors, and spending time with loved ones.

Friends and families offer moon cakes to each other while praying and celebrating this day. This time of year is always considered to be the best time for barbecues, and you will see many families out on the streets barbecuing and looking at the moon.

Moon cakes are a very special part of Moon Festival celebrations. These cakes are made with egg yolks, and you can sometimes see the resemblance to the moon in the center of each moon cake. There are all sorts of moon cakes, from fried to steamed, and of every flavor imaginable! Red bean, lotus seed, green tea and cream cheese are just a few of the flavors that these delicious cakes are available in.

Right now, shops all over Taiwan are offering moon cakes. Even Haagen Daz offers mooncakes, although you would need to get them home fast since they are made out of ice cream! 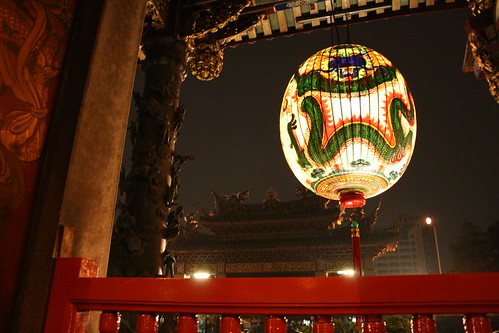 The Moon Cake Festival comes from an ancient story about the mythical Moon Goddess of Immorality. There are many stories, but most of them concerning the Mid-Autumn Festival are centered around a mythological archer named Houyi, who fell in love with a beautiful woman named Chang’e.

Legend has it that there was once a time when there were ten suns were in the sky. This phenomenon caused the Earth to burn, so the Chinese emperor ordered Houyi to shoot down nine of the ten suns.

He completed the mission flawlessly and was rewarded with the elixir of eternal life which, when drank, would immediately send him to the skies where he could reign as a god forever.

Through a sad twist of fate, Chang’e ended up consuming the elixir and it immediately drew her up into the skies where she became Goddess of the Moon.

Brave Houyi, of course, had no way to reach his wife and instead was resigned to watching her appear once a year on the surface of the moon. He began offering his prayers and sacrifices of food at his local temple in the hopes that she would rejoin him on Earth, and soon after, the local people began doing the same.

Another version of the Moon Cake Festival comes from the uprising of the Chinese against the Mongol rulers during the 14th century. Zhu Yuan Zhang, the Chinese rebel leader, was planning a rebellion. Zhu Yuan Zhang and his warriors knew that the Mongols didn’t eat moon cakes, and they concocted a scheme to send messages to one another that were hidden in the center of the mooncakes.

Inside each moon cake was a piece of paper with the message, “Uprise on the 15th day of the autumn season”. On that day, with the precise coordination in hand, the Chinese succeeded in overthrowing their oppressors.

Under Zhu Yuan Zhang, the Ming Dynasty (1368 to 1644) was established. After that, the Moon Cake Festival was forevermore celebrated to commemorate this historical event. This is also why some people call the moon cake the symbol of Chinese reunion”.

Whatever your beliefs about how the Mid-Autumn Festival came about, one thing is certain – people around the world will be gazing at the moon and cherishing this special time of the year with their loved ones. 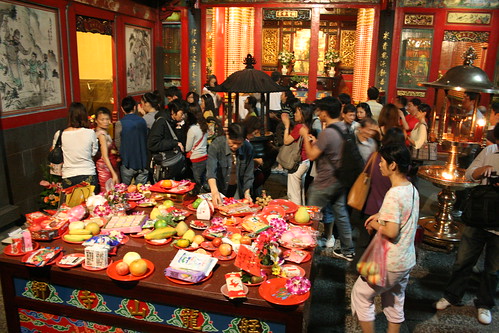 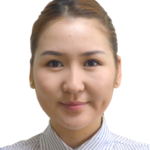 Bilguun Namsrai is a Mongolian student who has been studying in Taipei, Taiwan since 2012. She completed her final year of undergraduate in capital city of Mongolia where she studied International Law.

Currently, she is a senior graduate journalism student at Chinese Culture University.