The Canadian Chamber of Commerce in Taiwan (CCCT) and the Canadian Trade Office in Taipei (CTOT) were pleased to host a welcome reception in honour of the Ontario Members of Provincial Parliament Delegation on Wednesday, March 18th, 2015.

Our welcome reception provided a valuable opportunity to meet the Delegation and to learn about green energy, travel, and business opportunities in the city. Following the reception, a small group of guests were invited to a late night dinner and drinks at Ruth’s Chris Steakhouse in Taipei. 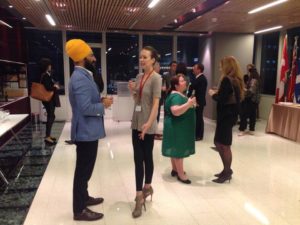 The Delegation was comprised of: 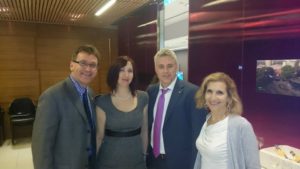