Yilan is Magic continued from Part 1 on My Several Worlds… Today’s guest post is brought to us by Joshua Samuel Brown. Mr. Brown is the author of Vignettes of Taiwan and 13 Lonely Planet Guides, including the 2007 & 2010 editions of Lonely Planet Taiwan.

Cyclists looking to chase the ocean breezes should hit the 13.5KM Seaside Cycling Road between Zhulan Bird Watching Area and the Dingliao Ecological Park. Other Yilan cycling paths include the 10K Dezikou River path, which passes through fish farms and protected wetland and the 10.5K Lanyang River path, which goes through the Lanyang River Bird Sanctuary and offers great views of nearby Guishan Dao (Turtle Island).

Seasoned cyclists who don’t mind sharing the road will find in Yilan thousands of kilometers of beautiful roads, most all offering beautiful views and some with relatively light traffic. Though on bigger roads you’ll ride beside the usual assortment of scooters, cars and the occasional tour bus (especially on the coastal highway, which is still a must-ride), on smaller inland roads expect to pass many a slow-moving farming vehicle on your ride.

One such leisure farm is the Jhentoushan Agricultural Leisure Area, a collection of attractions spread out over several kilometers rice paddies and former farmland east of Yilan city. Jung Lung Jai is a a traditional Taiwanese farmhouse that’s been renovated and brought back to life as as a café serving coffee, kumquat tea and homemade pizza. The café sits next to Wang Long Tang (Dragon watching Pond), an artificial lake that’s home to a multitude of water-birds multi-angled bridge shaped like a lightning bolt leads to an island with a pavilion, as good a spot for dragon watching as any you’re likely to come across. 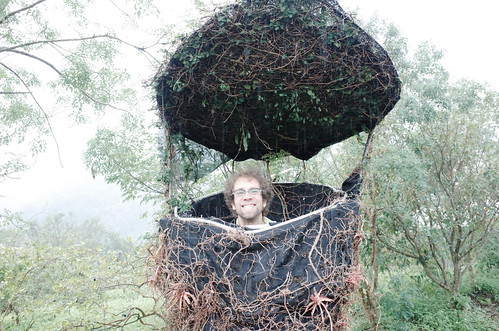 Other parts of the Jhentoushan Agricultural Leisure Area include quirky spots like Bo’s Farm – the Living Zen college. Even if you’re not in the market to buy carnivorous flora, its still worth a visit to see the thousands of  pitcher plants and Venus flytraps that are Bo’s agricultural output. There ‘s even one you can sit inside, if you’re in the mood to feel like a mosquito. Somewhat more straightforward in nature is the Agrioz museum of Candied Fruits. Part factory, part store, Agrioz earns the right to call itself a museum thanks to the educational tours, complete with courses in DIY candied fruit-making. The museum is run by second-generation candied fruit maker Lin Ding-gang, who enjoys regaling visitors with Taiwanese opera songs about – what else – candied fruit.

Though not in the Jhentoushan Agricultural Leisure proper, the Fang Yue Tea Garden holds its own in the quirky-cool-agricultural department, offering lessons in the finer points of of traditional tea-cake preparation under the careful instruction proprietress Hong Hsou Ing. Though the ingredients are deceptively simple – Green Tea Powder, Green Bean flower, and various fillings made of pomelo & mulberry (with a hint of orange peel) – making the cakes takes a bit of practice.  Mrs. Hong promises that all her charges will leave not merely knowing how to make green-tea cakes, but but with a box filled with 15 cakes presentable enough for gifting or eating on the train back home.

If DIY tea-cake making doesn’t bring out your inner child, than a visit to the San Fu Leisure Farm just might – more jungle tour than farm, San Fu’s chief ranger is a jovial, hyper passionate man nicknamed Elephant, who leads tours through the extensive jungle paths while teaching about both the flora and fauna of the area, which include an endless variety of butterflies, spiders and frogs, some of which Elephant (given name Chen Han Ching) will hypnotize for your amusement. 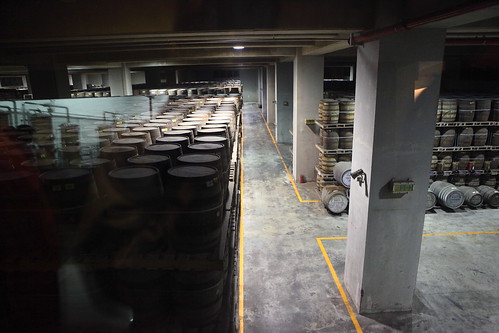 Finally, Yilan offers more adult pursuits, and those with a taste for fine spirits will want to hit the Kavalan Distillery, Taiwan’s first and only whiskey distillery, the Kavalan Distillery is said by some in the high-price booze know to produce the world’s finest single-malt scotch. Tour the factory and learn how Whisky is made from start to finish. If you’re of drinking age you can sample various blends in Kavalan’s tasting room. Underage visitors and teetotalers will have to content themselves with the angels share, the fumes given off by the evaporating whisky that permeate the factory.

And if that isn’t enough to relax you, there’s always The Art Spa.

Joshua Samuel Brown is the author of Vignettes of Taiwan and 13 Lonely Planet Guides, including the 2007 & 2010 editions of Lonely Planet Taiwan. He currently leads bicycle tours around Taiwan for Bicycle Adventures, and considers himself a semi-honorary Canadian by virtue of having once lived in Newfoundland. Follow him on twitter @josambro, and buy his most recent book of short stories, How Not To Avoid Jet Lag and other tales of travel madness at Smashwords or Amazon.

Li Cheng-Shu is a Photographer and tour guide based in Yilan. Find him on Facebook at CS Art Space & Studio (青水工作室)

The CCCT’s Small Business Network organized an event at Whalen’s called Setting Up An Import/Export Business in Taiwan.

We had three guest speakers come in and talk about working in the import/export business in Taiwan.

Next, Mrs. Courtney Cruzan, Marketing Manager for Hermin Textiles Co., Ltd. spoke about her role in international client and product development for the apparel and fashion industry. She spoke on the following topics:

Finally, Mr. Josh Hon, CEO of Tern Bicycles, treated us to a great presentation about the basics in exporting in Taiwan. Josh talked about how his business exports folding bicycles. 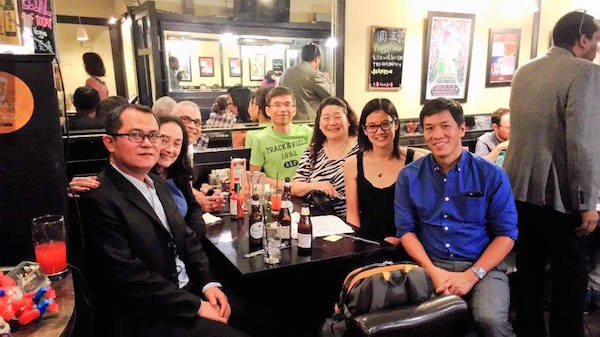 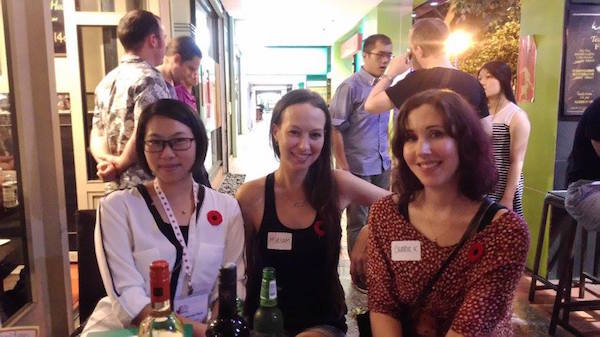