One of Taiwan’s best known and most loved expats was a Canadian man from Zorra Township in Oxford County, Canada, which is now known as the Province of Ontario.

His name was George Leslie Mackay and he was the first Presbyterian missionary to visit Formosa (Qing-era Taiwan). He arrived in Southern Taiwan on December 31, 1871 and began his life in Tamshui (Danshui) in northern Formosa in early 1872. He remained in Tamshui for 30 years until his death in 1901.

Mackay had the honor of being the first missionary to be dispatched by the Presbyterian Church of Canada. His mission was to bring the gospel to those who had not heard of Christ.

My commission is clear; I hold it from the King and Head of the church: …To get the gospel of the grace of God into the minds and hearts of the heathen, and when converted to build them up in their faith – that was my purpose in going to Formosa.” (Mackay p. 135)

Right from the very beginning, Mackay was known to avoid the small European community in the Tamshui area. The local European and Christian communities did not take well to his arrival. Moreover, the environment during that era was somewhat hostile for foreigners. Mackay was often labelled as a ‘foreign devil’ and a ‘black-bearded barbarian’, and the locals were reluctant to become involved with him.

Shortly after arriving he wrote:

“I am shut out from fellowship with Christian brethren, yet I am not lonely nor alone. I feel my weakness, my sinfulness, my unfaithfulness. I feel sad when I look around and see nothing but idolatry … I can as yet tell little about Jesus, and with stammering tongue. What can I do? Nothing; But, blessed thought, the Lord Jesus can do all things. .. Jehovah is my refuge and strength.” (Mackay p 18-19)

Since Mackay had no means to speak with his parish, he decided it was of the utmost importance that he learn the language. When he was not able to find a tutor, Mackay spend his time with local herds boys, and they agreed to teach him Taiwanese. He learned vernacular Taiwanese, the language that is spoken by the common people of Taiwan, and it was in this way that he was able to preach his basic gospel message.

Upon mastering Taiwanese, he helped to adapt the Taiwanese language to a written form by adapting the Latin alphabet to represent it phonetically. From then onwards, this style of writing was used by the Presbyterian missionaries and by the indigenous Presbyterian Church of Taiwan.

In addition to learning the local language, Mackay employed a number of different methods to find converts. He preached predominantly with aboriginals in mind, and his earliest converts were illiterate natives. He wasn’t a doctor of medicine, but he had sufficient skills in medicine to be able to provide aid to those who suffered from tropical diseases such as malaria. His most notable method at the time was an itinerant dentistry practice that he used to extract teeth, all while singing and preaching his message. He was eventually granted a honorary doctorate by Queen’s College in Kingston, Canada for his many achievements in Taiwan. 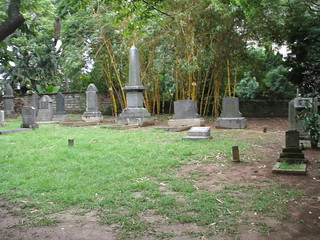 His marriage to a Taiwanese slave-woman named Tiu Chhang-miâ is also another example of Mackay’s success in going native to find converts. His marriage caused a considerable amount of controversy in Canada and in the foreign community in Formosa. However, his wife, known by the name of Minnie in the West, proved to be a formidable force in the mission. She helped to raise money in Oxford County for the construction of Oxford College in Tamshui, and she also acted as matron of the girls’ school. Their marriage was a happy one, and they had three children together.

In 1895, Dr. Mackay authored a missionary ethnography and memoir of his missionary experience in Taiwan in 1895. His book was called From Far Formosa: the island, its people and missions. It is is best known because of its defense of gender and racial equality, but it is also of importance to many historians and scholars because it lends an important anthropological understanding of Taiwan’s peoples and cultures during the nineteenth century in Taiwan.

Dr. Mackay is responsible for many incredible achievements in Taiwan, including the establishment of churches, schools, the first western medical hospital of its kind in Taiwan, and a dentistry practice for aboriginals. The churches that he founded eventually became part of the present Presbyterian Church in Taiwan.

Although Dr. Mackay achieved many incredible milestones during his lifetime in Taiwan, perhaps his most significant achievement was the building of the MacKay Memorial Hospital, which was established on December 26, 1912. It is one of the largest medical centers in Taiwan, and it is deeply rooted in the Presbyterian tradition.

The original Mackay Hospital was initially called Mackay Clinic, and it was built in Tamshui in 1880. The hospital was closed in 1901 at the time of Dr. Mackay’s death, but it reopened in 1905 and it was eventually relocated from Tamshui to Taipei in 1912. The hospital was renamed as the Mackay Memorial Hospital.

Mackay showed great love and pride for Taiwan and because of his achievements, he was eventually loved by Taiwanese and expats alike. Some families in Taiwan today, especially of lowland aboriginals of the Kavalan ancestry, can trace their surname to ‘偕’ (‘Kai’ or ‘Kay’), which not only demonstrates their love and respect for Dr. Mackay, but it also shows their family’s conversion to Christianity by Mackay. 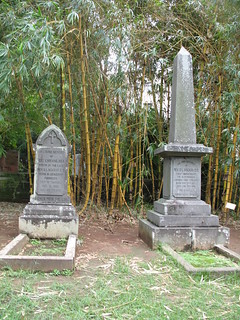 Dr. Mackay was one of those rare individuals who allowed himself to be transformed by the people he served, and his life is truly something to be celebrated. Taiwan would not be what it is today without George Leslie Mackay’s significant contributions.

He dedicated his life to bringing medical, dental, and spiritual guidance to the people of Taiwan, and was directly responsible for establishing more than 60 local churches, Oxford College (Aletheia University), the first girls’ school (Tamsui Girls’ School on the east side of Oxford College in 1884), and Tamsui Middle School, which is now known as Tamkang Senior High School.

Mackay might be unknown to most Western scholars of religion, but in Taiwan he is revered as Taiwan’s most famous ‘native son’. His story and memoir provide valuable insight into his life, background, and legacy, as well as the Taiwanese cultural background in which he worked. His lifetime achievements are a true demonstration to his love for Taiwan and its people.

Carrie Kellenberger has been serving with the Canadian Chamber of Commerce in Taiwan since 2014. She joined the Board as their Communications Director in early 2014 and moved into the role of Chairwoman in 2016-2018. Carrie now supports the CCCT on its Board of Supervisors and assists the Board of Directors and its committees for CCCT events.

View all posts by Carrie Kellenberger →

2 thoughts on “The Legacy of George Leslie Mackay”